It has been a while since I updated my ‘blog’. Well I now have no excuse not to regularly update my site. The whole front page has been overhauled and is now running on WordPress rather than Cutenews as it did before.  Cutenews is a decent and lightweight application, but is nowhere near as flexible and accessible as WordPress.  This increased ease of use should allow me to add articles, reviews and guides much easier.  It will also allow me to easily embed images and video clips and other relevant media.  So if anyone notices me not updating the website more often, then please give me a kick. 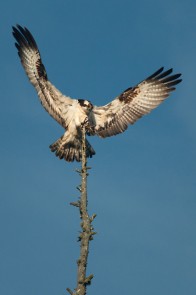 As for what I have been up to since the last update;  In April I spent 2 weeks in the Cairngorms, Scotland.  It’s a beautiful part of the world with everything from peaceful Lochs to wild mountains and wildlife in abundance. I took over 2000 shots in the two weeks, and managed to get photographs of most things I had hoped for.  I spent several early mornings sitting watching Ospreys building up their nest.  It was a fantastic experience watching these beautiful birds while morning mist was rising off the Loch.  I didn’t manage to get the classic Osprey fishing shot, but I have to leave something for next time I visit the area.   I was also very fortunate that I got to see several Pine Martin as well as Red Squirrels, Crested Tits, Fox,  Deer and Dolphins (The Dolphins were off the Black Isle, they were not the very rare Cairngorm mountain Dolphin!). 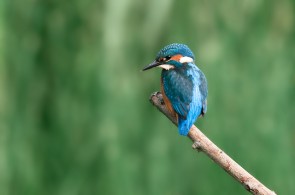 I spent much of June trying to get a decent shot of the local Kingfisher.  I have managed to capture Kingfishers before, but like most people they were brief blue flashes or a long way away.  Since the Kingfishers at one of my local wildlife reserves were behaving themselves this year, I spent quite a few days with early starts, sitting, watching a stick at the edge of a pond.  A few times it came close and I nearly got the shot I was after, but various factors kept stopping me from nailing it.  However one morning I arrived at the hide at about 7am.  Not long after I had sat down and set the camera up, the Kingfisher turned up.  It spent the next 2 hours on and off the stick, fishing, preening and posing like a champion.  After filling up several memory cards I had the shot that I had set off to capture.  I can still improve on the shots I got, but then as I am my own harshest critic, I can improve on amost all of my shots.  It’s part of what drives me to keep improving and to take more shots. 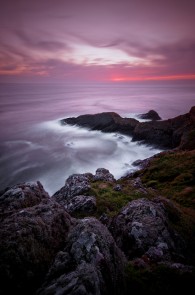 In July I went to Skomer Island, Wales with a load of other Photographers from TalkPhotography.  We spent 3 nights on the island and had a brilliant time.  It’s a great place and the company wasn’t half bad either.  The wildlife was great and varied, and the island was beautiful.  I would love to go back again another year as there is so much to see on that small island.  I am going to have to miss it next year as I am off to Canada for 3 weeks at the same time as the TalkPhotography trip to Skomer.  I think Canada might be able to compete with Wales though.

So that is what I have been up to since March.  I promise I will keep this blog updated more often from now on.  I am also planning on adding equipment and software reviews, tips and guides and various other content from time to time.