Throughout the ‘umm-ing’ and ‘ahh-ing’ and questioning “have we made the right decision?” a group of adventurers have kept us motivated, inspired and cemented our belief that ‘normal’ people can do amazing things. Here are some of the people who inspire us… 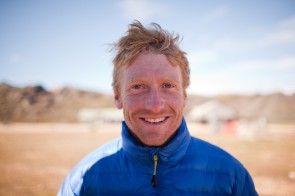 Al Humphreys came on our radar due to him hosting the ‘Night of Adventure’ talks. These are a series of talks and lectures featuring adventurers and explorers great and small talking about what they have done and why they have done it. Attending one of these talks was a hugely inspiring event. It really reinforced to us that explorers and adventurers aren’t people far removed from our lives. They are normal people with big dreams who dare to take a risk. Al Humphreys also runs a very entertaining blog of his own adventures including cycling around the world, and his motivational musings about adventure. Recently he has gone on a series of ‘micro adventures’ that are small multi day adventures within Britain. Not only are these entertaining and creative, but also inspiring in that they show you that you can have adventures close to home with a bit of creativity!

“We all have just one life and the clock is ticking fast. We can’t spend too long theorising about how best to live our lives; better that we get out and live them!” (From ‘Ten Lessons from the Road”) 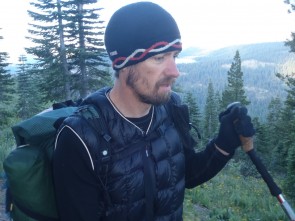 Fozzie has been an inspiration and offered us a great deal of help with preparing for the Pacific Crest Trail. Fozzie successfully thru hiked the PCT in 2010, being the last person to finish it that year despite great adversity. We started following his trials via his blog, but recently he has also written a book called ‘The last Englishman‘. I would recommend anyone planning or considering doing the PCT to read this book as it gives a great account of day to day life on the trail. Finally being a fellow Brit, Fozzy has given us help with our planning and preparation. Hopefully we will get the chance to meet him in person at this years PCT kick off party.

“There’s something about the wilderness that just attracts me like I’m a lump of steel and the woods are one huge magnet. What is it about wilderness? There is something about being out there that amazes me. We are meant to be out in the wild. Human beings have spent the vast proportion of their existence in the wild. The vast proportion. Towns and cities are a creation we invented only recently. Our bodies are still becoming used to them, we are not actually meant to be there. This is why myself, the friends I walk with, run with and most of the people I meet revel in the experience.”

Condor is another person we really hope to meet in person during the PCT kick off party. During his PCT hike in 2011 he produced a series of hugely entertaining and informative video blogs. These have given us a great insight into trail life. He also has a great outlook and philosophy on life. Not only was he a philosophical hiker, but also a true artist. During his hike he kept written journals that he filled with thoughts, feelings, drawings and other little bits. These ended up as little works of art that any Victorian explorer or philanthropist would have been proud of! 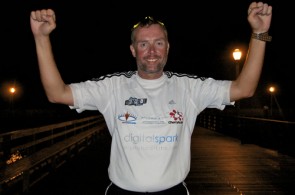 Mark Allison started off running John O’Groats to Lands End. We didn’t discover him though until he was half way through his epic 3100 mile run across the United States which he finished in 100 days. Not content with running the width of one continent, he is now preparing for his second; Australia! This is 2600 miles which he intends to finish in 70 days. He has raised staggering amounts of money for local charities close to his own heart. A local ‘Geordie’, he is a prime example of what amazing things ‘normal’ people can achieve through determination and stubbornness! 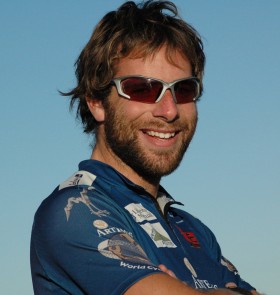 And last, but not least we have been inspired by Mark Beaumont. Originally a cyclist, he has now also attempted to row across the Atlantic and is becoming a world class adventurer. We first heard about him from the BBC tv program; ‘Cycling the Americas’ which followed him during his cycle tour from Alaska to Ushuaia in Southern Argentina. Another character who seems to have a great outlook on life.

"I believe there is some kind of adventurer in all of us. My dream is to share expeditions that push the boundaries of physical and mental capability with the world. Questioning what is possible is the key to success in every walk of life"

We owe these people and many others, a word of thanks for keeping us motivated and inspired and keep believing in not only what others are capable of, but also what we ourselves can do. Dare to dream, and take that leap of faith for you may be amazed at what you are capable of!