Finally the adventure its underway!  We are now on the Pacific crest trail. We started two days earlier than anticipated as we were finished with our preparations early. Also heading out early means we will be a few days ahead of most people who will start on Thursday and Friday. 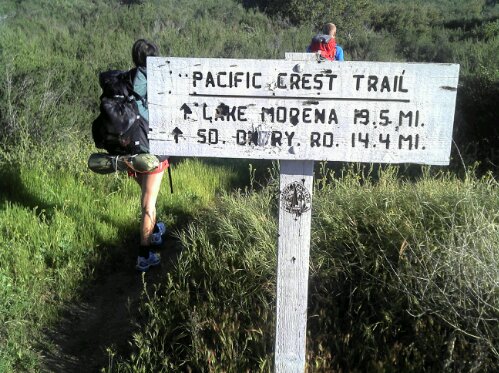 We got a lift to the Mexican border with a trail angel called Jan. There were 6 of us starting out that day. In the car there was me, Sarah, Prudence, Freebird, Carpenter & Creeper. The drive took its just over an hour. We finally ended up at the US/Mexican border where the PCT starts. After a few photos we started walking! Only 2650 miles to go!

The first day on the trail was hard. The temperature soon rose and with little shade made for hard waking. The trail also climbed up and down a lot more than I expected from the start. We saw eagles, lots of lizards and some beautiful flowers on the way. In the end we managed 16 miles and camped in Hauser Creek where there was water. We needed to be careful though as poison oak was in much of this area. 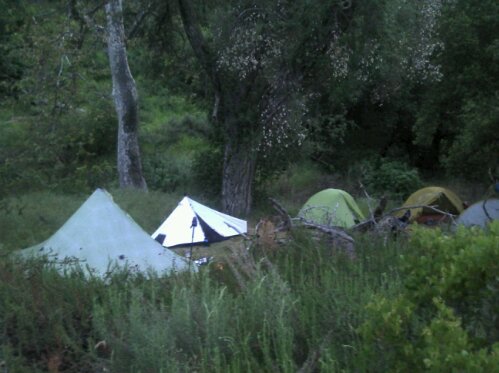 It was a good but hard first day and we met several other great hikers and are already making good friends with some of them. All in all a good start.